How to deal with suckers? 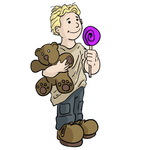 Well today I woke up early in the morning and was just online and the very first Message I read was from a sucker who thinks he is smarter then all.

The thing goes like this. I did had a product called School Script which I coded back in 2005. I have also uploaded its demo so that interested parties could see it before purchasing it. It has a long description on its sales page that states what it is all about. It also has a paypal button that allows people to purchase it, without eating my brains out. Now every now and then some thickheaded guy thinks he will clone it or program it himself. 😀 So they start crawlers on my site and start leeching images by hotlinking them in their projects and all. Their tiny brains are so small that they don’t even know that they shouldn’t be hot-linking my images if they are going to clone it. After being fed up of around hundred of them I changed the Demo ID and Passwords. So now no one was able to access the demo of it.

Last week one guy requested that he is seriously interested in purchasing it. I had my doubts but then I thought I am just going crazy with my doubts and this guy is serious and it is my duty to arrange a demo for him. So I gave him the new ID and Passwords for the demo. I PMed him on a forum which allows Message tracking. The message was read after 2 minutes of sending it.

When 48 hours passed by and I didn’t heard from him I checked my database user table and changed the password to something else this time. I thought okay he is not interested in it. So lets move on.

But then, he PMs me that “Hey the demo is not working.”
I said “Oh yeah? Yes I changed the passwords for it.”
He replied that “He was very busy and didn’t got a chance to checkout the demo, Can I please give him access to it?” 😀

I thought for a moment. It could be that he really was busy and he really didn’t got a chance to checkout the demo. Then why I am being such a stubborn guy and not giving him the access. But again my instinct used to tell me I am not doing any business here I am just wasting my time with a sucker.

Oooops!!! Did I mentioned that, I logged into my database to change the passwords when I didn’t heard rom him for 48 hours, I saw 2 new admin users were added? Yes last week when I PMed him and he didn’t replied back I changed the password to something else. And at that time I saw that 2 more admins were added to the system.

He is such a sucker that he is even telling me that He is seriously interested in buying it and he is trying to teach me how I should do my business and I have to set him up with demo if I want to make any sales. To which I replied that with facts about that 2 more admins and stated that I am not interested in selling it. He should not buy it.

By the way readers, Sorry for this rant. But I thought this is also important as we learn something everyday and sometimes going by instincts is a good choice. Moreover if you are going to do the online business then you need to be prepared for this kind of things and lots of frustrations as there are plenty of suckers like this roaming around.

Low Page Views? Here’s How to Attract More Visitors to Your Website

Its all about quality

Setting up web server on your PC