If you are of a certain age, you may have a hyper-awareness to just how far the world has come in the last 20 years. Since the year 2000, almost every country on earth has seen some incredible changes that have revolutionised the way they live.

In this post, we are going to be taking a look over the last 20 years worth of innovation and try to get a grip on just how far we have come, and how society is benefiting from some of the most useful tools we could have ever imagined.

From time to time, we may even speculate on what the world may be without these incredible innovations and just how lucky we are to have access to technology that 30 years ago would have only been seen in science fiction. 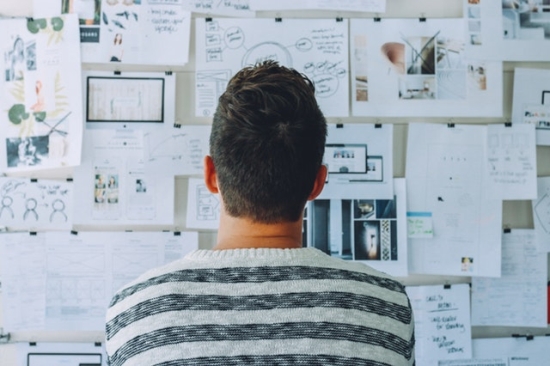 While it may not be the most important technological advancement on the list, the advancement of video games consoles is something that cannot go unmentioned.

Since the early 2000s, games consoles have really moved forward with exceptional greatness. If you take a moment to think back to the games consoles of your youth and compare those to what we have now, it really leaves something that will blow your mind.

In the early 2000s, we were still using blocked 64-bit graphics, and suddenly computer realism became something that totally blew our minds.

While games consoles are now owned by more than 20% of the world, their use and popularity have stretched far beyond this. Due to the advancements, compact nature and usability, games consoles have found themselves being utilised in military operations throughout the world.

Virtual reality has also become a thing of wonder for skilled training in many professions and is also being used to help treat patients suffering from mental health issues.

While over the next few years we are due to get yet another range of consoles, the future is still incredibly exciting, and as for what comes next, we are only limited by the extent of our imaginations it seems.

To some, this could be the most life-changing introduction of the last twenty years, and it’s undoubtedly changed the way a lot of us go about our everyday lives.

So how has social media changed the way we live? Well, it’s not only changed the way we communicate with people, it is, undoubtedly the most influential platform on earth and it is capable of influencing nations in a very short time.

While some people obviously see the detriment that can come with social media, it has helped revolutionise the way businesses communicate and advertise, and it has taken some small businesses global in a very short time.

Business marketing used to consist of mass distribution in the hope of hitting a demographic. Social media and modern technology have enabled businesses to target very specific demographics and create marketing campaigns that more than 20 years ago they would never have dreamed of.

Overall, social media has its positive and negative sides, but its influence on the world over the past 20 years in obvious, and whether we like it or not, it’s pretty obvious that it’s only going to get bigger.

If there is one thing that goes unappreciated in today’s technological swamp, it’s Bluetooth. While Bluetooth was invented in 1994, it didn’t become available until 2001, and it really revolutionised so much for the world when it came to our communication devices.

Before the introduction of Bluetooth, we were left with infrared communication, and even then, it was a slow and painful process, just sharing contact with somebody.
Bluetooth, however, brought the innovation of short-link radio technology and placed it in our phones.

Bluetooth was an incredible platform that gave us the ability to share information quickly, but most importantly, it also gave us the ability to use devices wirelessly. Before the introduction of Bluetooth, our fathers had to hold up phones to their ears, when Bluetooth came along, it brought with it the Bluetooth headset which was the epitome of cool for the over 50’s in the early 2000s.

Overall though, Bluetooth has really done wonders for the way we communicate, whether it’s in our cars or our games consoles, so we say King Harald Gormsson, we salute you.

It would be impossible to make a list of innovations of the last 20 years without mentioning smart technology.

This tech really has revolutionised the way we live our lives. While there is a lot of debate in regards to its usefulness, may believe that has given us the ability to live our lives in a far easier way, especially in a world that is slowly becoming more demanding.

One of the best applications of smart technology has to be its help towards saving the planet one piece at a time. Smart technology gives people access to their home appliances, such as central heating, refrigerators and ovens and gives the consumer access to them while they are on the move.

Giving people access to this is saving a huge amount of cash and allowing people to tackle issues that over 20 years ago would have seen them having to travel back home to deal with.

While there are a ton of amazing smart technology solutions, like the ones mentioned in the post, Smart Technology – The Future Is Now, there are still many more to come.

If somebody would have used the term ‘viral video’ in 1999, most people would have believed it to be something to do with illness.

Nowadays, this is not the case, and since its introduction in 2005, YouTube has completely changed the way we access information. In the last 20 years, YouTube has taken many steps in shaping the world, but most importantly, it’s given us a whole new group of people and the viral video.

Whether you love them or hate them, you cannot deny that YouTubers have really found their feet when it comes to making money. If you are unfamiliar with what a YouTuber does, the process is simple, they create a video and make money from it by attainment of sponsorship or advertisements.

Most people would think, good for them, right? Well, maybe this would be the case, but the YouTube generation has really brought with it some ill expecting attitude. Nowadays, social media influencers are ten a penny, but since the popularity of YouTubers, influencers can sometimes believe they are worth more than surgeons and doctors on a per hour basis.

In 0.4% of cases, this will actually happen, but most social media influencers are left behind due to miss-peddled information.

As we have looked at the pros and cons of most of the things on our list, it’s time to show the real pros of YouTube, and oh my, it has a lot.

First and foremost, YouTube has been able to give the world a ton of knowledge and information. In a world that sometimes seems so divided, YouTube should be seen as a breath of fresh air.

YouTube is such a great environment down to one simple fact. It has encouraged the world to share. People share their pain, affection, skills and knowledge, and what’s more, they do it for the love of sharing with others.

While this may seem like quite a hippy concept, it’s something that the world was really missing, and we got it thanks to YouTube.

Overall, while YouTube does have its negatives, it also has a ton of positives, and as far as world-changing innovations, this could be one of the most useful. YouTube has something for pretty much everybody, and it’s a world full of knowledge that’s always there.

While there is still so much more to mention, it would be impossible to get all the innovations of the last 20 years into one post.

There are, of course, some incredible things like E-Readers, iPhones, televisions that record, flash drives, augmented reality, and so much more.

It is safe to say, that while most people panicked about the Millenium bug, there were companies out there that knew that the 21st century was going to bring with it some incredible things, and it’s almost a surety that there is so much more to come.

December 12, 2019 By Keral Patel
Protecting Your Company's Technology Keeping It Minimal As A Business Owner Doesn't Have To Be Difficult